Watching the eclipse from the top of the world

When I learned that a meeting of my division of the American Astronomical Society would be held in the path of totality of the August 21st eclipse, I knew it was a once-in-a-lifetime opportunity. Having never been to Idaho, my family and I planned a winding trip from Salt Lake City through Twin Falls and on to Sun Valley, where the meeting is being held.

On the morning of the eclipse, we woke to beautiful blue skies. We took the Challenger Ski Lift 3,000 feet up to the 9,100 foot summit of Bald Mountain, our viewing location for the eclipse. Sun Valley is near the southern edge of the 70-mile wide path of totality, so we would only get about a minute of darkness. With such a short eclipse, I planned on taking zero photos of the moment itself. 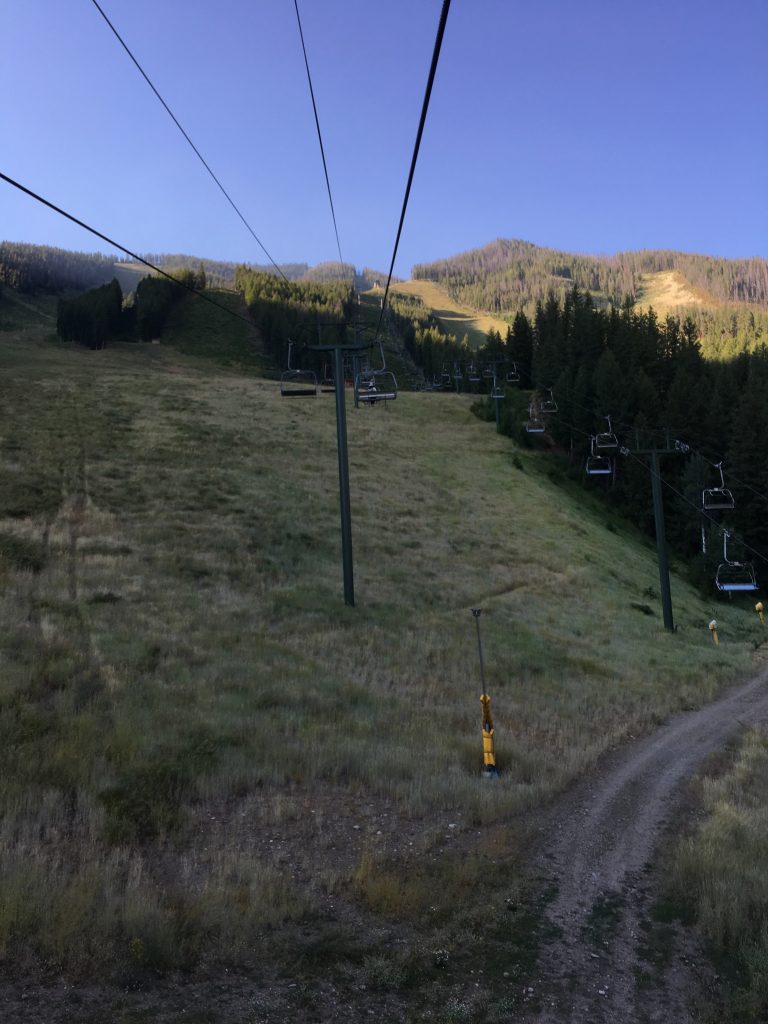 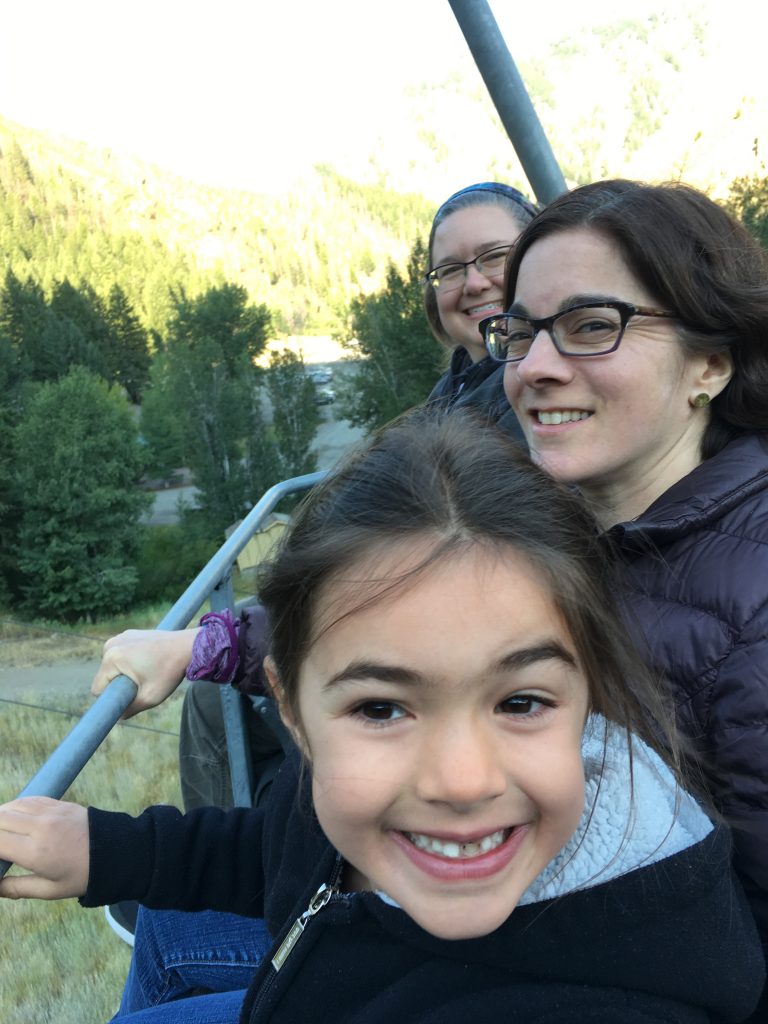 My 6-year-old daughter, Tabetha, wife Amy, and sister Amy. Yes, that’s as confusing as you would imagine. 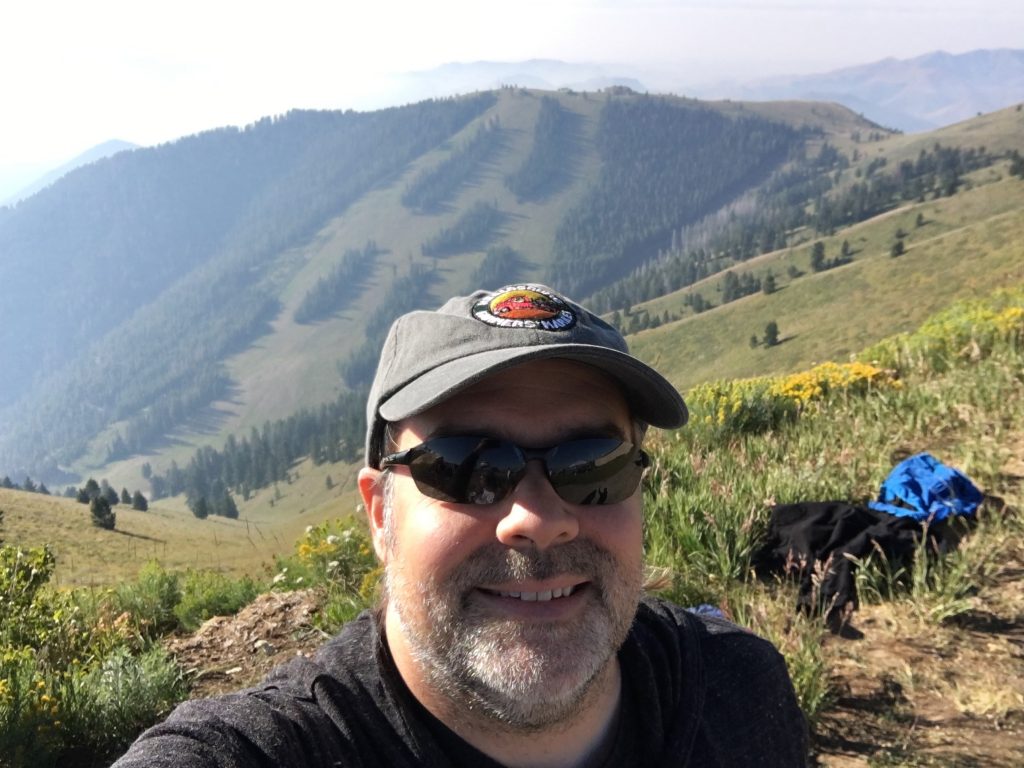 Our surroundings for the eclipse, with the author obstructing the otherwise spectacular view. 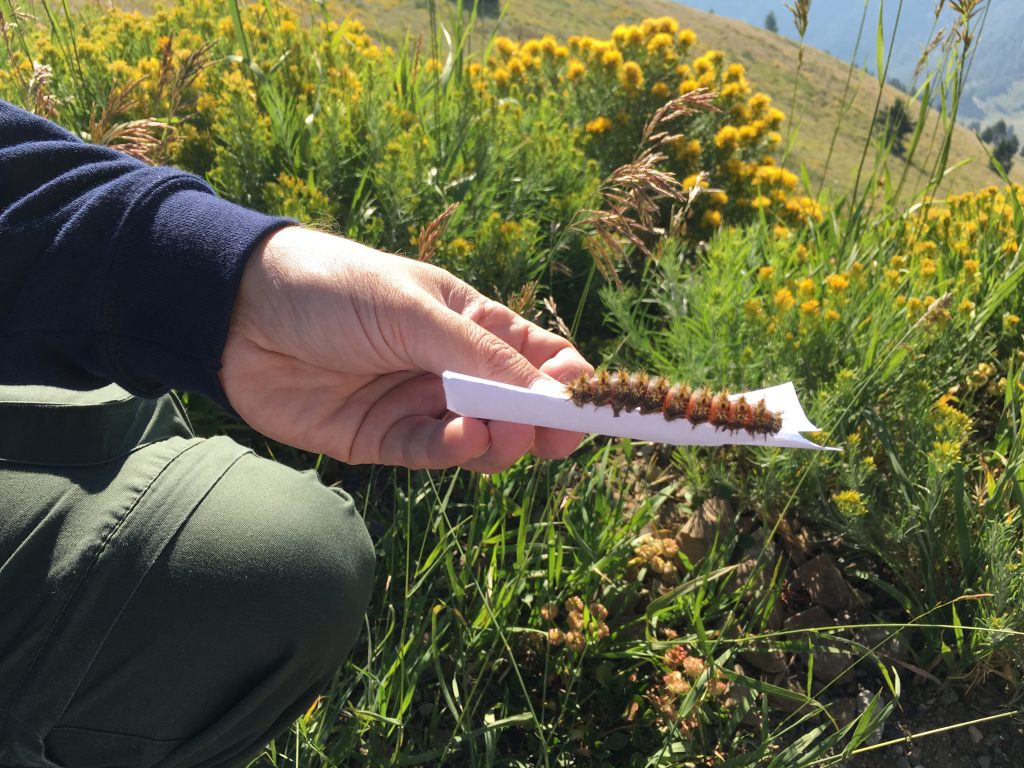 We made many new friends on the summit, including this fella. I’m not sure what sort of caterpillar it is–any ideas? 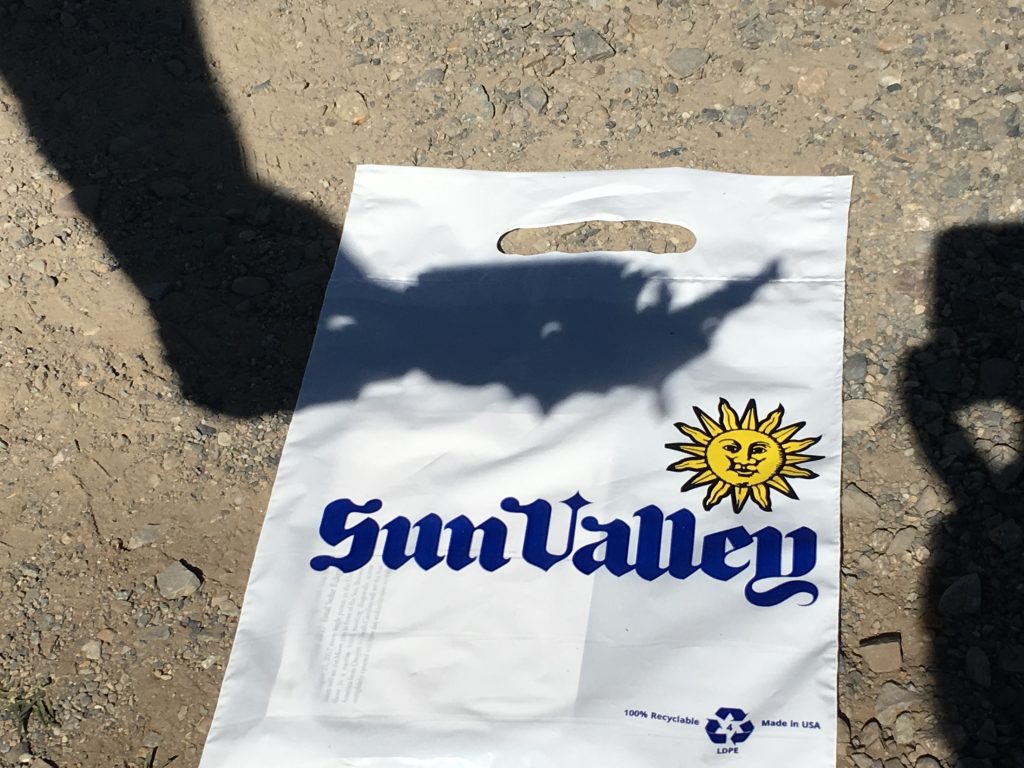 For weeks leading up to the eclipse, we 3D printed pinhole projectors. Here you can see a crescent sun in projection. 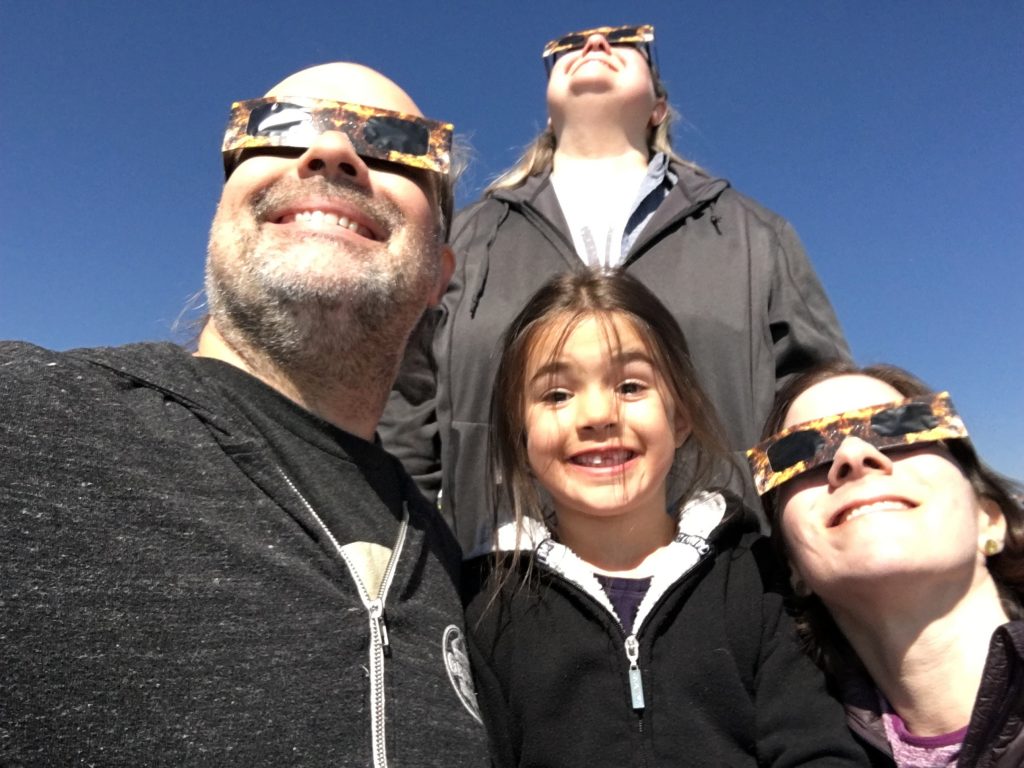 About a minute before totality and we’re all excited. (Although my daughter may have been more excited for the visit she received from the tooth fairy earlier on our trip!) 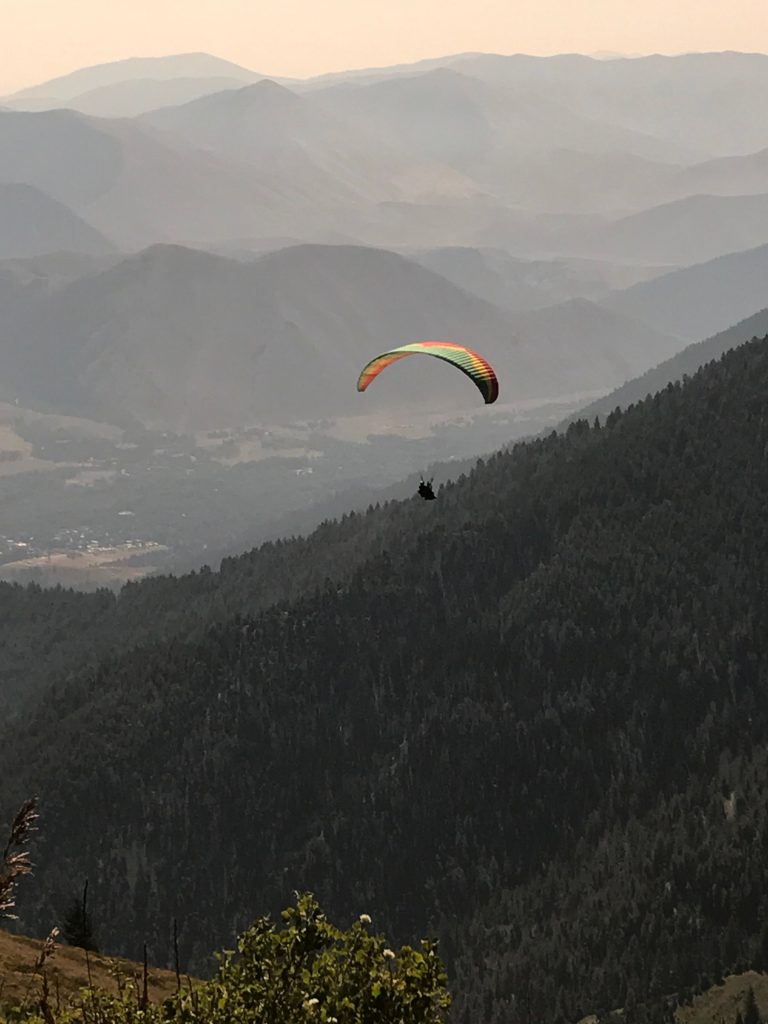 Moments before totality, several parasailers took to the air! 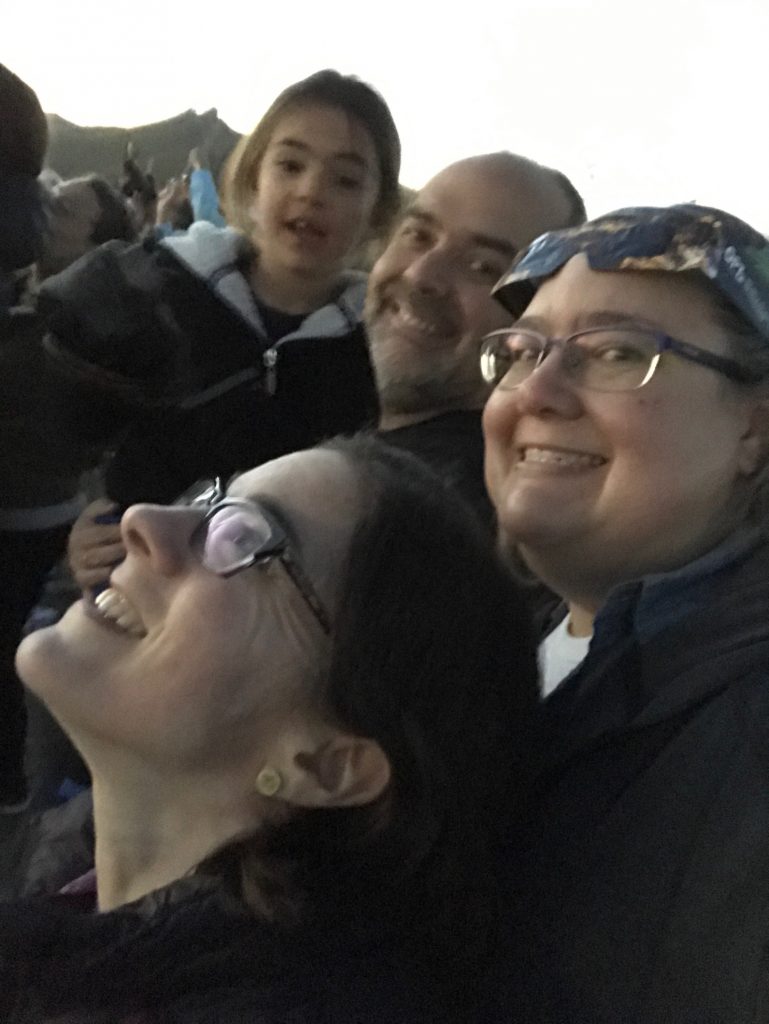 This was the only moment during totality when I wasn’t looking at the sky. 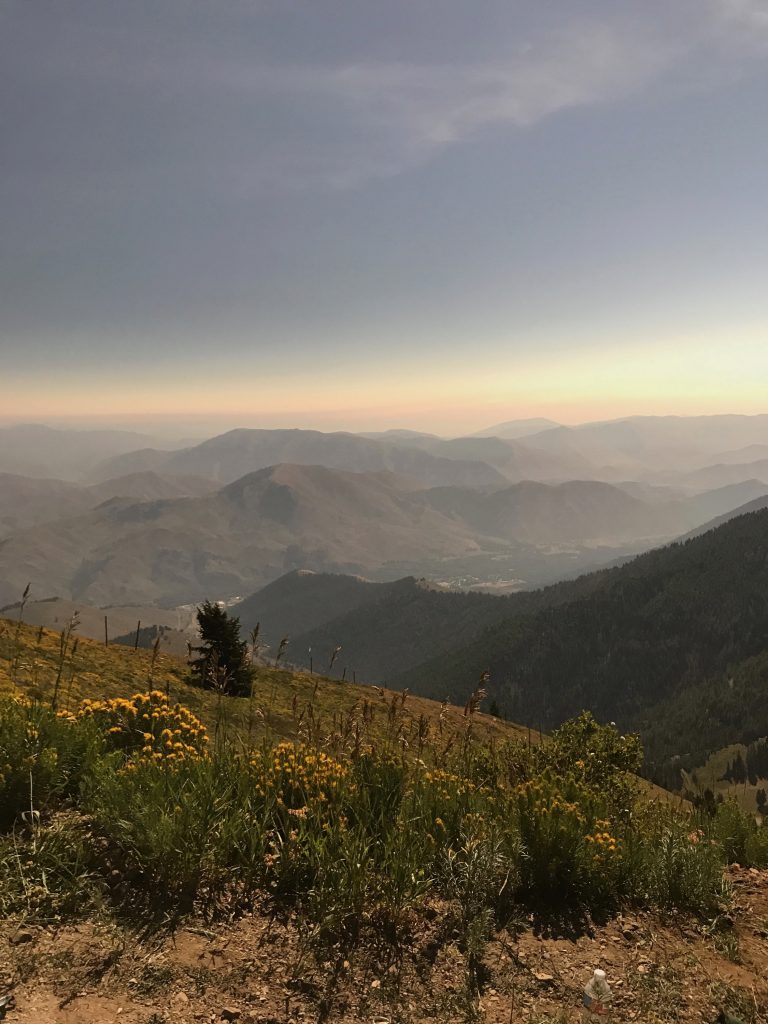 During totality, but the hills in the distance to the east are still in sunlight! 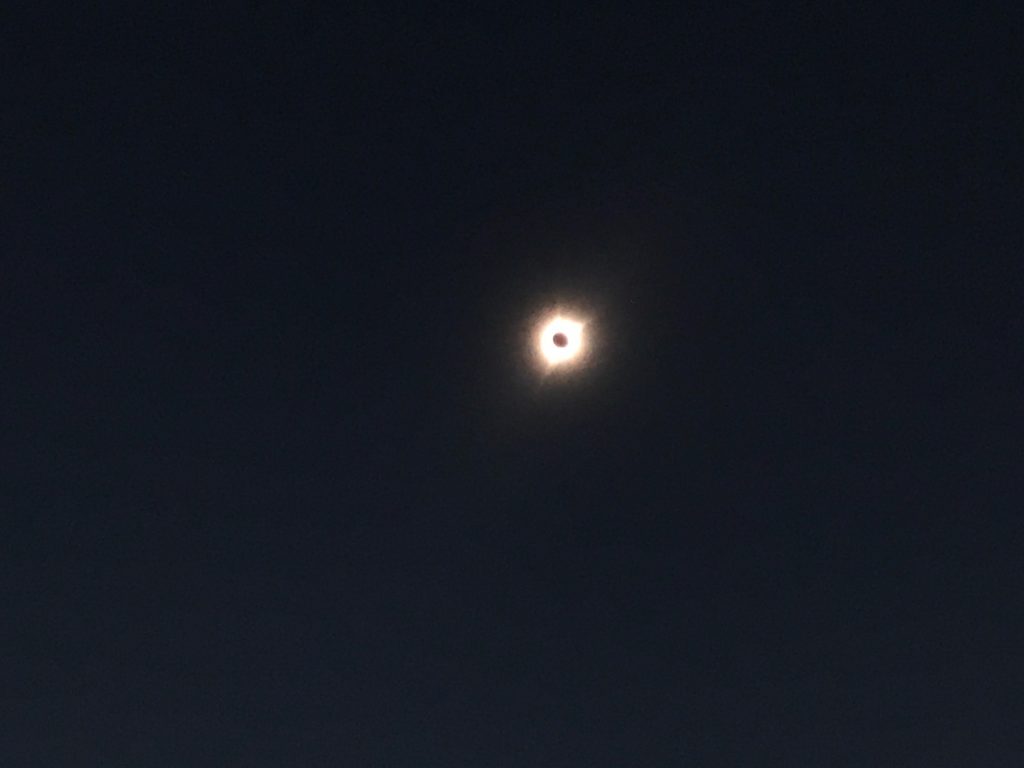 The moment of totality is indescribable. As an astronomer, I knew that I would see the corona–the Sun’s tenuous outer atmosphere–but I wasn’t prepared for how it would make me feel. One of the things I’ve always loved most about astronomy is the beauty of the universe. You don’t have to know about stellar evolution to appreciate the arcing tendrils of a supernova remnant. But so many astronomical images are not what the objects look like to our eyes. The corona is different. It’s as magnificent as the best pictures of it you’ve ever seen, but the only way to see it is to be in a tiny geographic area at exactly the right moment… and get really lucky with the weather. I took a brief moment to look around the sky and see Venus and a few bright stars in the daytime sky–always there but hidden by the light of day.

And then, with a flash of light on its edge, the Sun returned. All the emotion, the elation, the joy came pouring out. Everyone was hugging and crying, high-fiving and whooping. It’s a remarkable coincidence of nature that our Moon and Sun are nearly the exact same size in the sky. Were the Moon larger or closer to the Earth, we would still have eclipses but the magic of the corona would be obscured. Any smaller or further away, and all eclipses would be partial. To experience such a rare cosmic event from such a beautiful place in the world was humbling and awe-inspiring.

And now the work begins. I will spend the next few days at my conference. Learning, working with collaborators, sharing results, but the conversation will always turn to the eclipse. 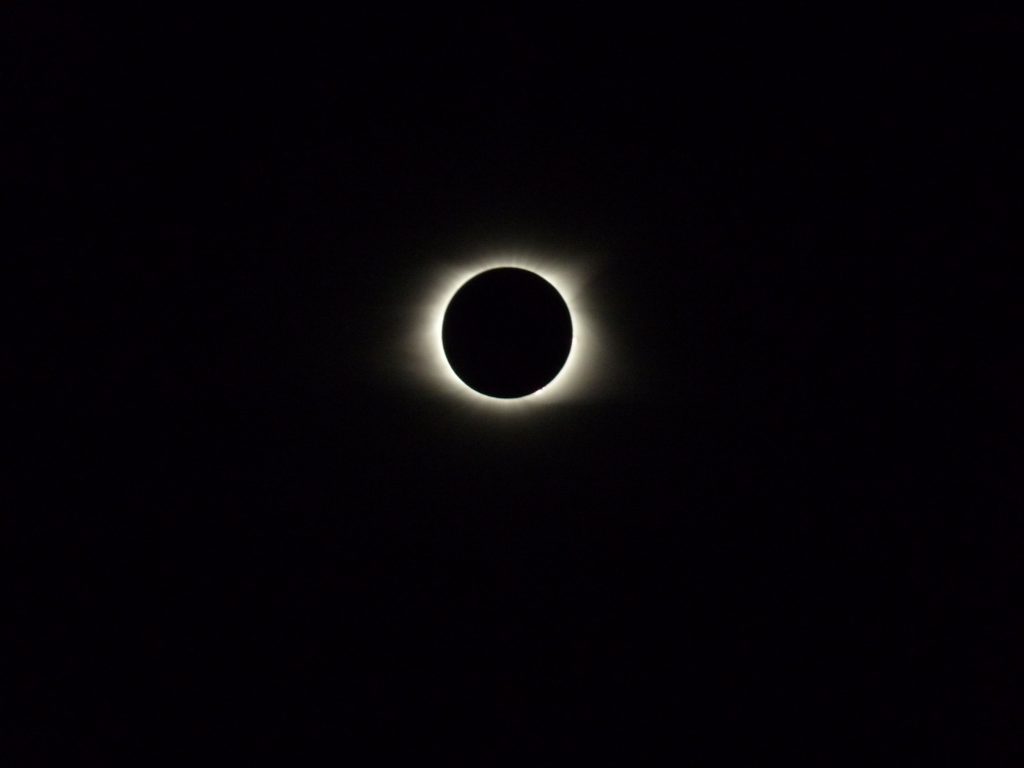 Roy Kilgard is a Research Associate Professor of Astronomy at Wesleyan University. When he's not being an incurable nit-picker of sci-fi minutiae, he researches black hole X-ray binaries in nearby galaxies.
View all posts by Roy Kilgard →
This entry was posted in Uncategorized. Bookmark the permalink.