Capturing a moment that wasn’t

Late last autumn, while looking over the calendar of events for VVO’s centennial celebration, I noticed something penciled in for February 6th by Michaela Fisher, one of the students working on our history project. “Frederick Slocum’s Birthday Party.” What should we do to celebrate the 143rd birthday of VVO’s first director? Then I remembered another idea from a brainstorming session last summer…

That’s how I found myself on the evening of February 6th, in the Observatory, wearing a vintage 3-piece suit, and preparing to recreate a 1916-era astronomy lecture for the public. 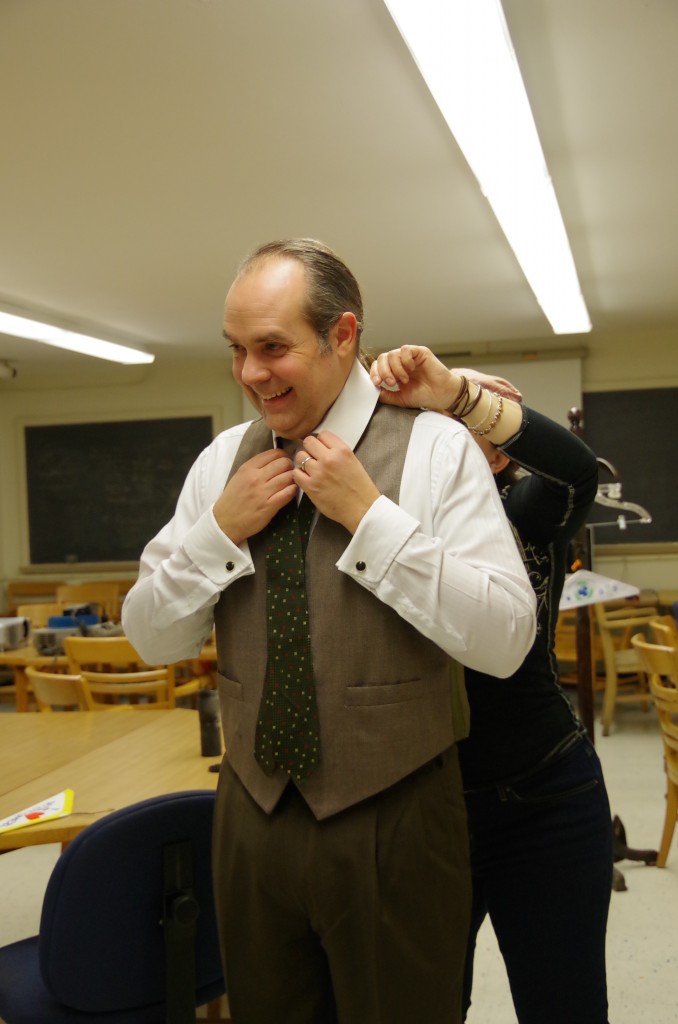 Collars were more challenging a century ago! (All photos in this post are courtesy of my wife, Amy Myerson.)

Assisting me in this endeavor was my colleague Professor Amrys Williams from Wes’s history department, who jumped at the chance to play dress-up. 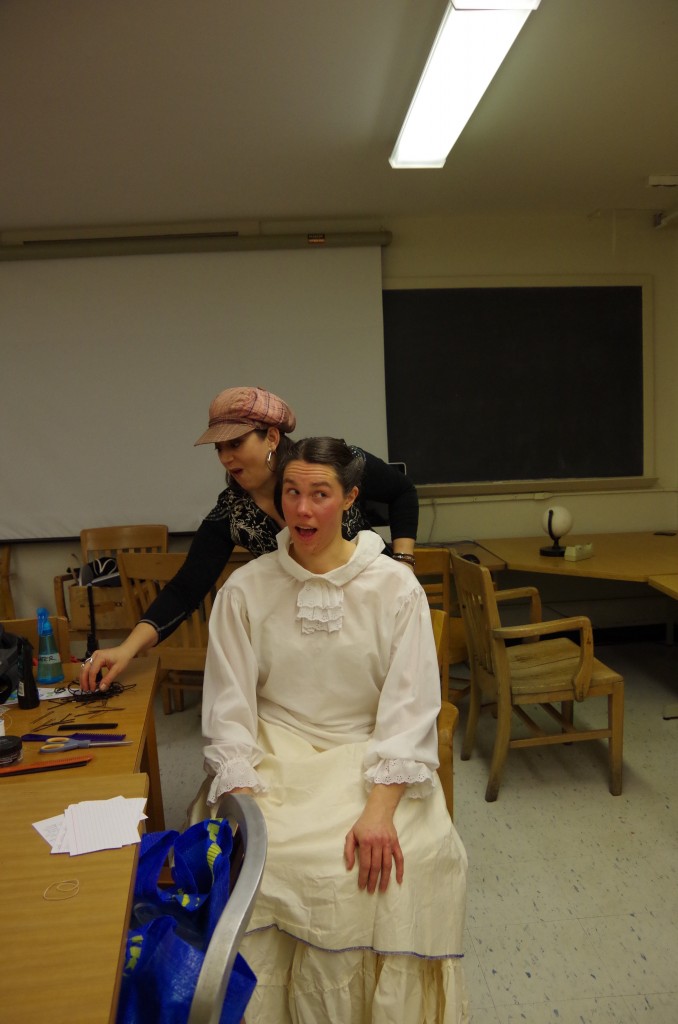 Amrys with Professor Cybele Moon from Wes’s theater department. This photo would’ve been scandalous 100 years ago!

Our observatory is full of many wonders from the past, so it was relatively easy to put together a talk from original lantern slides, many of which were photos taken by Slocum himself during his time at Yerkes Observatory before coming to Wesleyan. We also used our circa 1910 Bausch and Lomb lantern slide projector, although we replaced its original 500 Watt incandescent bulb with a modern 40 Watt LED light source. (The chamber in which the original bulb sat is lined with asbestos. You know, for safety.) 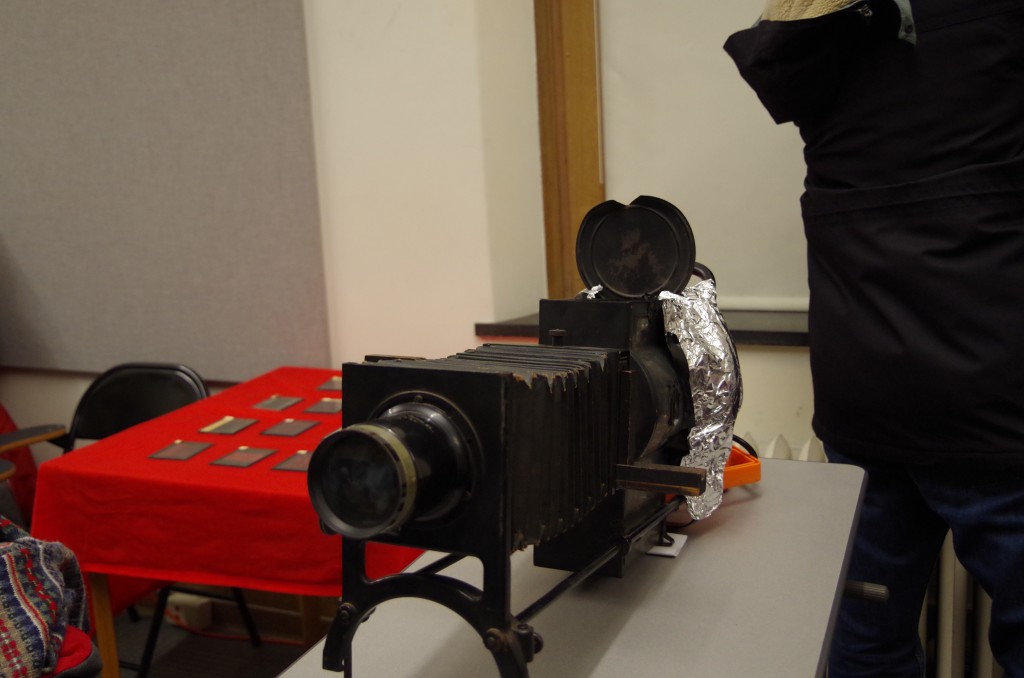 The Bausch and Lomb Balopticon can project an image up to 30 inches across. Not quite HD!

As we dimmed the lights, Amrys set the stage for the audience with colorful tales from early 20th century life in Middletown and beyond. The show was about to begin. 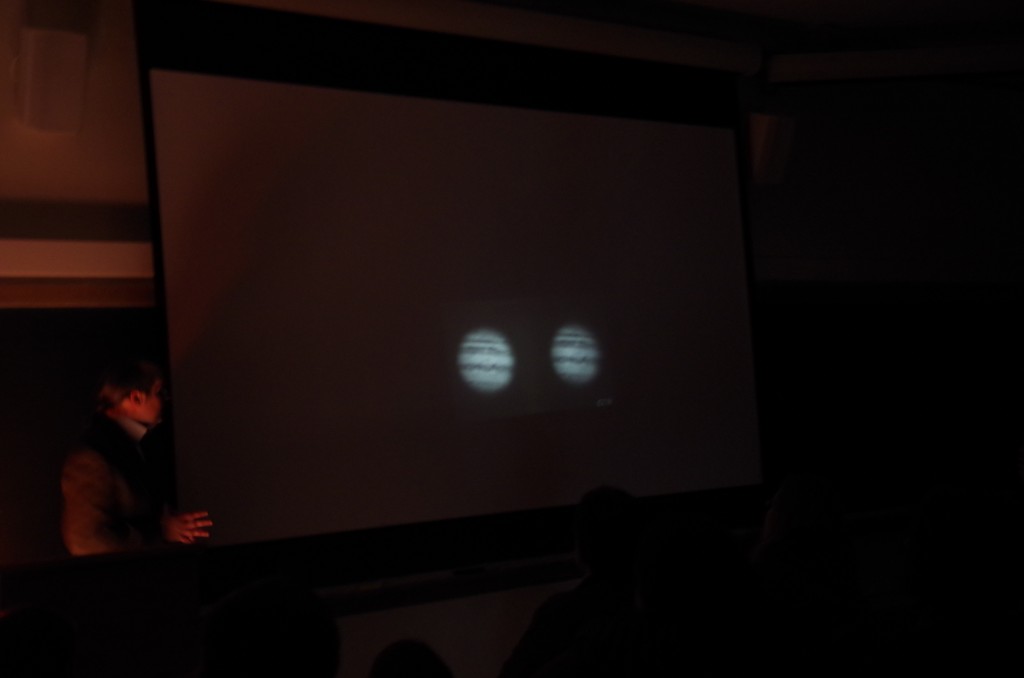 Here I am showing off images of Jupiter captured with the Lowell Observatory 26″ refractor. 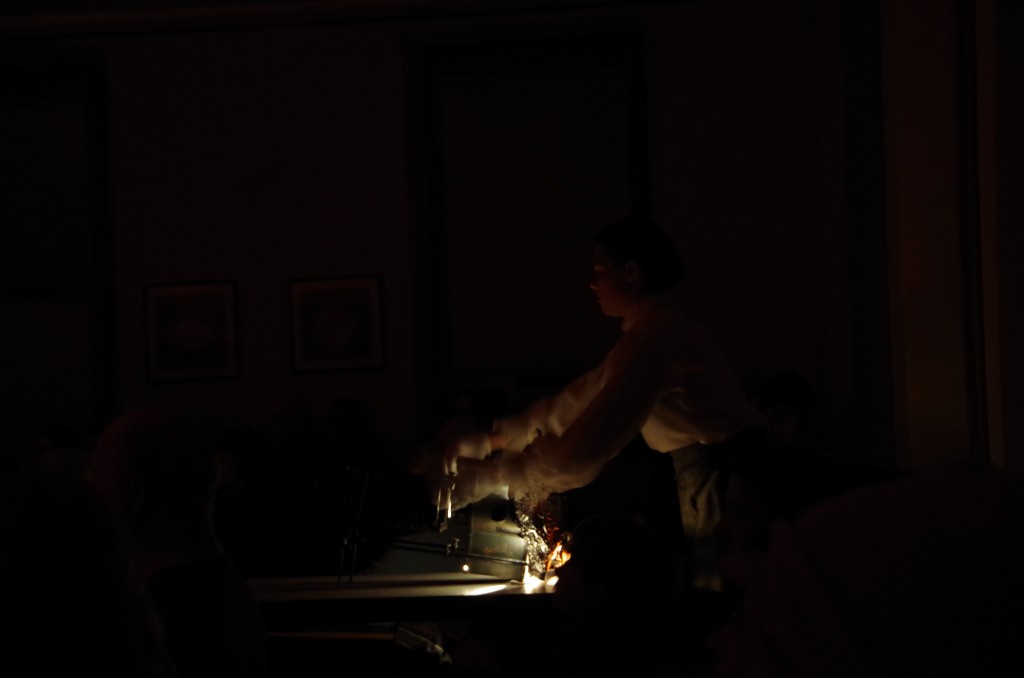 Amrys changes slides during the talk. The slide carrier can hold two slides, so one can be presented while the next is being swapped in.

1916 was an interesting era in astronomy–although Einstein’s work on relativity had recently been published, the connections with the universe were not yet made. We were a few years away from the groundbreaking work of Cecilia Payne, which heralded in the era of modern astrophysics. Planetary science was in its infancy. And the realization that the great spiral nebulae were in fact separate galaxies at tremendous distance was only beginning to be considered. Trying to place ourselves in this era, even for a few minutes, is a powerful reflection on the progress that has been made in the last century, both in astronomy and in society as a whole. Lest the audience get too philosophical, we provided cake! 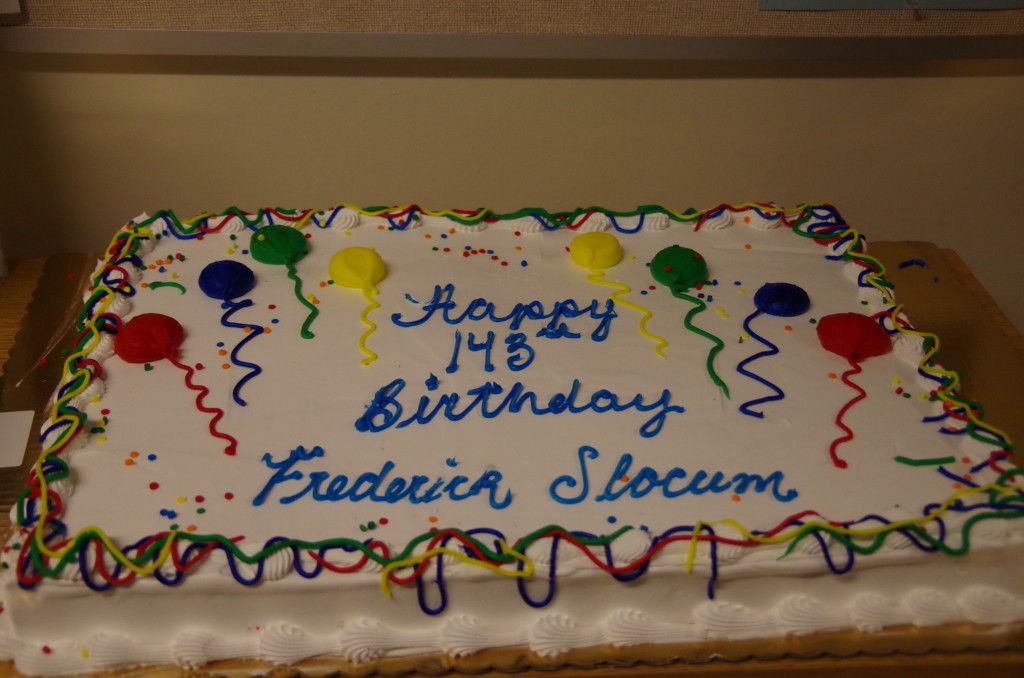 Amrys says this was a fun cake to order! 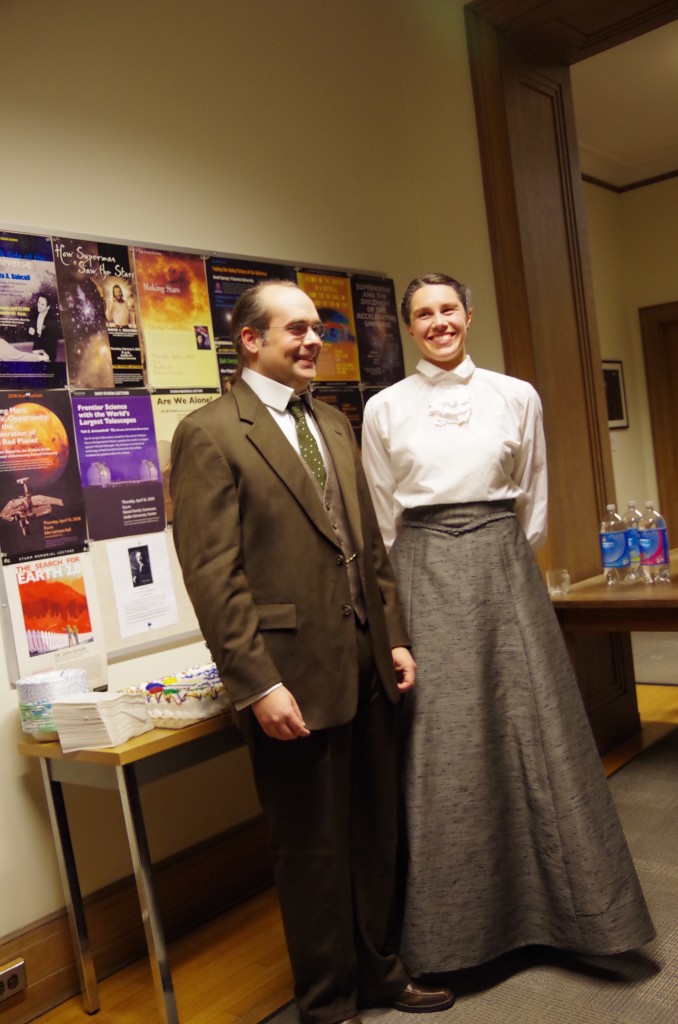 Happy Birthday, Frederick Slocum! I feel closer to you than I imagined. Seriously, how did you endure those collars?

Many thanks to Cybele Moon and Christian Milik from Wesleyan’s costume shop, the Astronomical Society of Greater Hartford for operating telescopes and generally being awesome, and the Under Connecticut Skies team.

Roy Kilgard is a Research Associate Professor of Astronomy at Wesleyan University. When he's not being an incurable nit-picker of sci-fi minutiae, he researches black hole X-ray binaries in nearby galaxies.
View all posts by Roy Kilgard →
This entry was posted in Events. Bookmark the permalink.