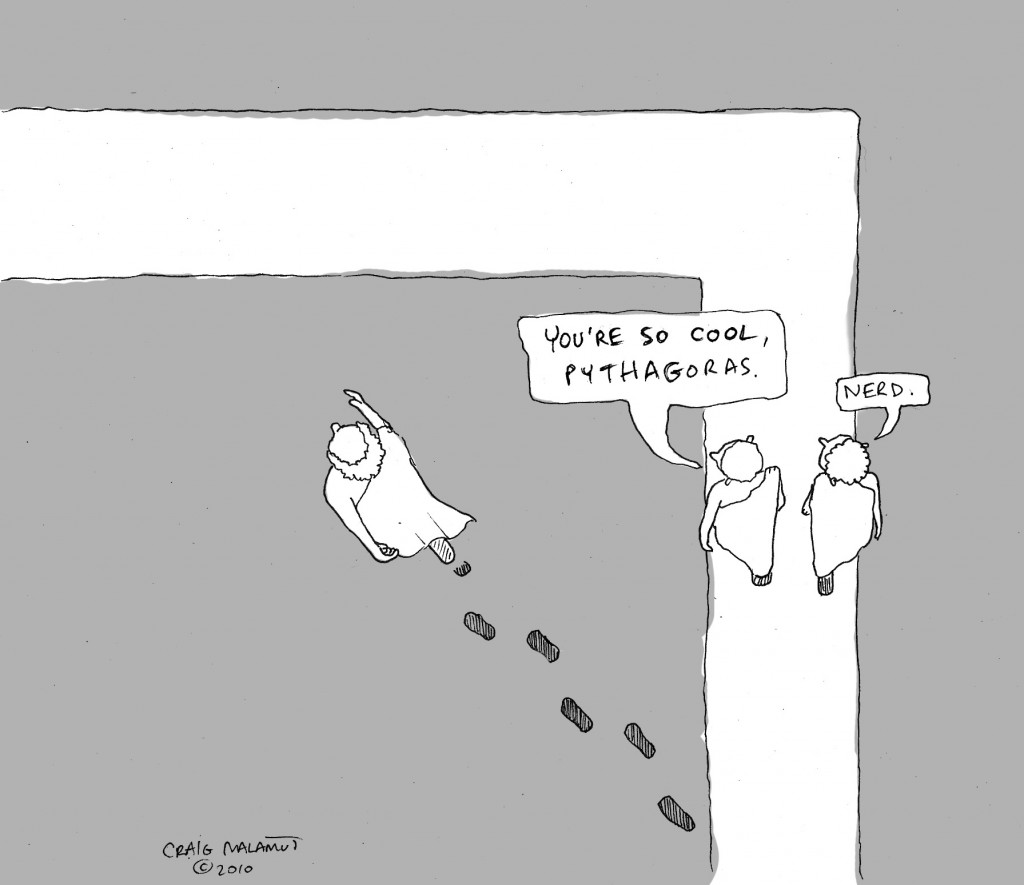 Without math, astronomers would be pretty lost in space! This Neptoon is a tribute to the man whose work with trigonometry made parallax (and a lot of other astronomy) possible: Pythagoras!

Come see the Sun today, March 27, in front of Usdan!

Then join us at 8pm in the Daniel Family Common (3rd floor of Usdan) for the Sturm Lecture by Dr. Alan Title, Director and Senior Fellow of Advanced Technology Center, Lockheed Martin, and Professor of Physics, Stanford University.  His talk is entitled “Making the Invisible Sun Visible”.  Following his talk, we will observe other celestial objects through the 16″ and 20″ telescopes at Van Vleck Observatory.  As with all events hosted by the Astronomy Department, this event is free of charge and open to the public.

In honor of this year’s Sturm Lecture, we will be observing the Sun all day on the lawn outside Usdan center on 3/27 (or 3/26 if the weather doesn’t look great for 3/27).  We will observe at visible wavelengths with our 10″ telescope and with our new Coronado H-alpha telescope, as well as our solar spectrograph.  Students and faculty from the Astronomy Department will be on hand to answer your questions about the Sun.

Then join us at 8pm on 3/27 in the Daniel Family Common (3rd floor of Usdan) for the Sturm Lecture by Dr. Alan Title, Director and Senior Fellow of Advanced Technology Center, Lockheed Martin, and Professor of Physics, Stanford University.  His talk is entitled “Making the Invisible Sun Visible”.  Following his talk, we will observe other celestial objects through the 16″ and 20″ telescopes at Van Vleck Observatory.  As with all events hosted by the Astronomy Department, this event is free of charge and open to the public.

The unique behavior of this “winking star” was discovered in 1995 with the 24 inch (Perkin) telescope at Van Vleck. We continue to follow it at Wesleyan but most data now comes from the SMARTS telescope at Cerro Tololo Interamerican Observatory in Chile. It has been fascinating to see the light curve evolve over the years as precession of the disk has caused various parts of the orbits of the stars to be covered or revealed.

Just recently the star has brightened again, unexpectedly, and it appears that the previously unseen binary component is now peeking out the bottom of the disk. This phase is not shown in the current animation because it was created before we knew this was going to happen.

An interesting aspect of the star is that when it forms a planetary system (IF it forms one!) the planets will probably transit the stars, just like several systems recently discovered by the Kepler satellite, including Kepler 16 (sometimes referred to as Tatooine, after the mythical Star Wars planet orbiting a binary star). KH 15D may, therefore, be described as a proto-Tatooine. 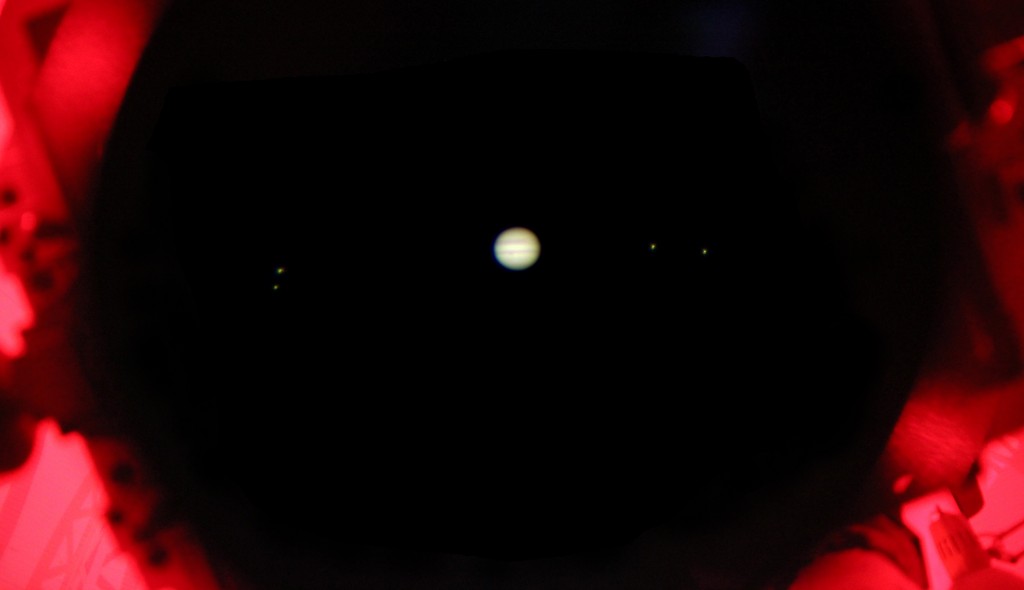